Forms of Iodine
How It Works
Benefits
Safety
Supplementation Iodine is an essential mineral that the body requires for normal function because we do not produce it on our own.[1] For nearly a century, nascent iodine has been regarded as a more effective form of this essential mineral compared to other dietary iodine forms, such as potassium iodide.

What Is Nascent Iodine?

Why Is Iodine Important?

The body cannot function properly without iodine, yet it cannot produce iodine on its own.[2, 3] In the body, the thyroid gland uses iodine to produce the thyroid hormones T3 (triiodothyronine) and T4 (tetraiodothyronine or thyroxine), which affect metabolism, brain development, and immune health. Despite this, many people do not get enough of this vital mineral, even in North America and Europe. Deficiencies are more common in pregnant women who require extra iodine for the proper development of the unborn child.

The World Health Organization estimates that over 1 billion people across the globe are at risk for iodine deficiency.[3] This is especially important for expecting mothers,[4, 5, 6] who tend to be at exceptionally high risk. Because so many people fail to consume sufficient iodine through diet alone, supplementation can be crucial for filling the gaps in their diet.

What’s the Difference Between Nascent & Other Forms of Iodine?

Iodine is an element that, in nature, occurs as I2 or two iodine molecules together. A single iodine molecule is called iodide, which is an anion or negatively charged ion. When iodide is placed together with positively charged sodium or potassium ions, it bonds to form sodium iodide or potassium iodide, which are common supplements. When you buy a nascent iodine supplement, it is the negatively charged iodine ion, typically suspended in a solution. Although the various molecules in a nascent iodine solution interact with your body in a myriad of ways, the body seamlessly absorbs this pure form of iodine.

Most forms of iodine become iodide in the digestive tract, but because nascent iodine is already in an iodide form, it is more readily and quickly utilized. 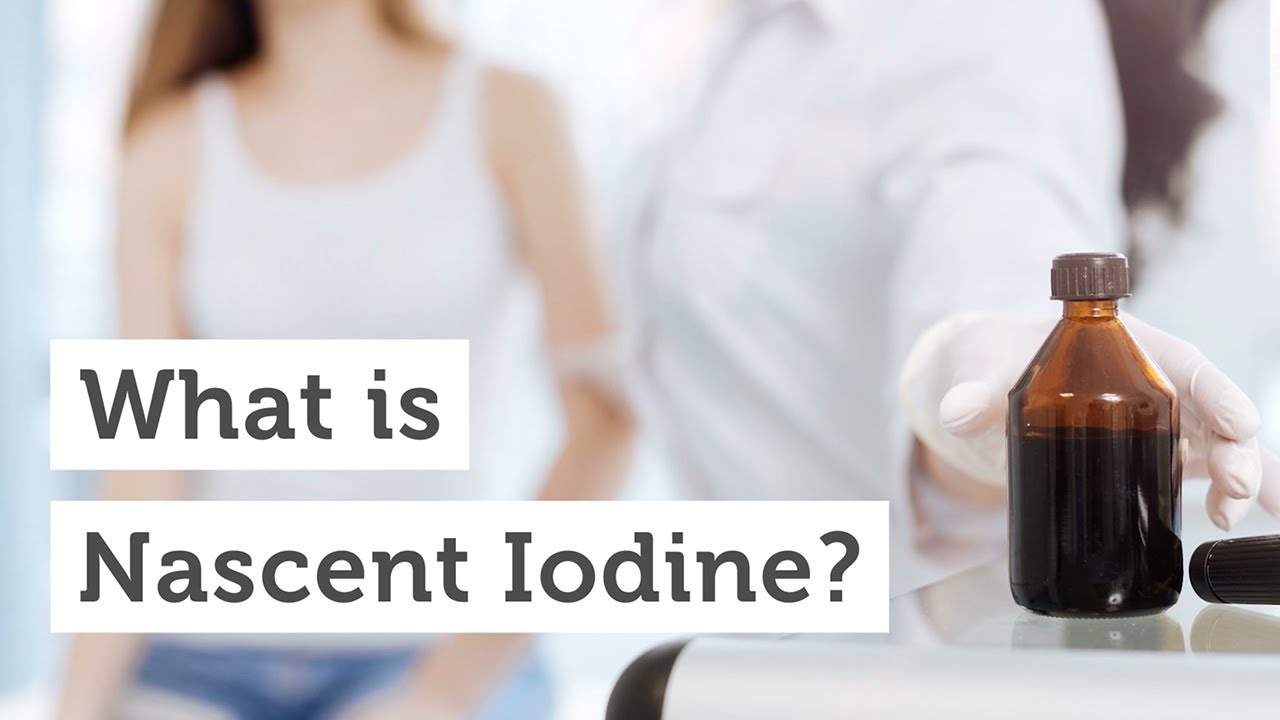 What is Nascent Iodine?

Nascent iodine can help maintain optimal levels of iodine in the body. This is particularly important for the thyroid gland, which relies on iodine for the production of critical hormones, T3 and T4. These thyroid hormones are responsible for things like metabolism,[7] brain development, and function[8] and even the body’s ability to produce energy.[9] Because nascent iodine is absorbed and utilized more readily than common dietary forms of iodine, it is easier for the thyroid to maintain homeostasis. In other words, it will have the appropriate amount of iodine to carry out its basic physiological processes.

Slows the Uptake of Goitrogenic Halogens

Goitrogens are environmental, dietary, or medicinal toxins that are known to disrupt the thyroid’s ability to function normally. Goitrogens prevent the thyroid from taking up iodine — which is essential to produce thyroid hormones.[10] Halogens like bromine,[11] chlorine,[12] and fluorine are all chemically similar to iodine, and as a result, are readily taken up by the thyroid unless you ensure you are consuming enough iodine to saturate the thyroid.[13] Nascent iodine can aid in detoxification by eliminating these halogens from the body, and by slowing the body’s uptake of these potentially toxic halogens by keeping the thyroid saturated with iodine.

Goitrogens are found in some grains (especially bread, which is high in bromine), cruciferous vegetables like broccoli, cauliflower, and cabbage, and kale, cassava, coconut, and soy. Other dietary sources like sports drinks, soda, and processed vegetable oil may also contain goitrogens.[14, 15]

Because of mild or even severe iodine deficiency, some people have low energy and a slow metabolism, which leads to weight gain. Iodine deficiency is sometimes connected with hypothyroidism, which is the underperformance of the thyroid gland, or hyperthyroidism, the over-functioning of the gland (which causes weight loss). Find out if you are iodine-deficient, and then boost your iodine levels to help balance out your hormone levels, stimulate normal metabolism, and improve endocrine gland function.

The developing fetus requires iodine for proper growth. In fact, iodine deficiency is the number one cause of preventable mental disabilities around the world. Iodine continues to support brain function during childhood when the brain is rapidly growing, and throughout life — improving mood, reducing brain fog, and balancing hormones.

Medical practitioners have used Iodine as an antiseptic for hundreds of years. It is applied topically on the skin to prevent infections and internally to deter harmful organisms. It also acts as an antioxidant, scavenging or counteracting the effects of free radicals that can otherwise cause oxidative cell damage. In these ways, iodine boosts the immune system.

Nascent iodine has been used since the 1920s. Before the dramatic uptick in the use of antibiotics and pharmaceuticals, nascent iodine was used to support health and wellness in several ways. For one, iodine can be used topically to support skin tissue and has been shown to kill infection-causing bacteria.[16, 17] Nascent iodine was a popular choice for this. Iodine has also shown some ability to combat harmful organisms[17] and infections,[18] including urinary-tract disturbances[19] and respiratory infections.[20] Iodine can also support normal blood pressure levels[21] and has even been used in dentistry as an antiseptic.[22]

Yes, nascent iodine is safe for most people. If you have thyroid conditions or other health ailments, please check with your healthcare provider before taking supplemental iodine. Although side effects are rare, some people report minor concerns like a metallic taste in the mouth, a burning sensation, nausea, headache, or diarrhea. Iodine is safe for pregnant women and essential for the development of the unborn child. Pregnant and nursing women should increase their iodine intake to ensure enough for themselves as well as their child.

When you buy a supplement, pay careful attention to the ingredients in tap water, household cleaners, hygiene products, and even skincare products and cosmetics. These are common sources of toxic ingredients, many of which can prevent the thyroid from functioning properly.

I recommend taking Detoxadine® on a regular basis. Detoxadine is a vegan, deep-earth sourced nascent iodine created to help your body maintain iodine balance. It’s manufactured with a unique transformative bio-elemental matrix using a revolutionary process and contains nano-colloidal nascent iodine. Iodine deficiency is a serious issue, but nascent iodine supplementation can be the solution.

Iodine fulfills a vital function in the body yet must be obtained from outside sources such as seaweed or iodine supplements. Nascent iodine is a highly-energized, pure form of iodine ions that is readily absorbed by the body. The thyroid gland takes up nascent iodine and creates thyroid hormones T3 and T4. Iodine is also taken up in breast tissue.