Better Than Ever! You Now Have a Full "Year to Love It" Guarantee — Learn More.
Green Living  /  Healthy Home  /  Appliances and Electronics
Updated Oct 2, 2015 Wi-Fi is convenient but many have raised doubts concerning the safety of unseen forces that permeate everything around us. Since the introduction of Wi-Fi in 1997, researchers have performed dozens of studies to explore the subject. The results are clear and shocking — Wifi can negatively affect overall health and brain health, especially in children.

Perhaps most shocking is that this information is not new or even that controversial. In fact, in 2008 the well-renowned publication Scientific American ran a piece called “Mind Control by Cell Phone” which explained the danger Wi-Fi has on the human brain. [1] Let’s further explore the potential dangers of Wi-Fi with these 10 facts.

The Potential Dangers of Wi-Fi

1. Contributes to the Development of Insomnia

Have you ever felt more awake after using Wi-Fi or even struggled to sleep through the night? Reports of these phenomena have been frequent and even prompted a study in 2007 that evaluated low-frequency modulation from cell phones and its impact on sleep. Participants were exposed to the electromagnetic signals from real phones or no signal from fake phones. Those exposed to the electromagnetic radiation had a significantly more difficult time falling asleep and changes in brainwave patterns were observed. [2]

It’s been suggested that sleeping near a phone, in a home with Wi-Fi, or in an apartment building with many Wi-Fi signals can create chronic sleep concerns as the constant bombardment of Wi-Fi pollution interferes with falling asleep and sleep patterns. For many, sleep deprivation is just the start for larger concerns. The development of depression and hypertension have also been linked to inadequate sleep. [3]

Exposure to non-thermal radio frequency radiation from Wi-Fi and cellular phones can disrupt normal cellular development, especially fetal development. A 2004 animal study linked exposure to delayed kidney development. [4] These findings were supported by a 2009 Austrian study. In fact, the disruption of protein synthesis is so severe that authors specifically noted, “this cell property is especially pronounced in growing tissues, that is, in children and youth. Consequently, these population groups would be more susceptible than average to the described effects.” [5] In short, bathing the developmentally young in Wi-Fi increases their risk of developmental issues.

When a group of Danish ninth graders experienced difficulty concentrating after sleeping with their cell phones by their head, they performed an experiment to test the effect of wireless Wi-Fi routers on garden cress. One set of plants was grown in a room free of wireless radiation; the other group grew next to two routers that released the same amount of radiation as a cell phone. The results? The plants nearest the radiation didn’t grow. [6]

A group of 30 healthy volunteers, 15 men and 15 women, were given a simple memory test. First, the entire group was tested without any exposure to Wi-Fi radiation — no concern. Then, they were exposed to 2.4 GHz Wi-Fi from a wireless access point for about 45 minutes. During that portion of the testing, brain activity was measured and the women had a noticeable change in brain activity and energy levels. [8] Sorry ladies! But guys, don’t get too comfortable…

…Because we’ve known for a long time that the heat generated by laptops kills sperm. Well, now it turns out that heat isn’t the only threat to a man’s virility. Research has found exposure to Wi-Fi frequencies reduce sperm movement and cause DNA fragmentation. [9] Both human and animal testing has confirmed that exposure negatively affects sperm. [10] [11]

And, it’s not just sperm. The results of an animal study suggest that some wireless frequencies may prevent egg implantation. During the study, mice exposed 2 hours a day for 45 days had significantly increased oxidative stress levels. The cellular damage and impact on DNA structure from exposure suggest a strong possibility of abnormal pregnancy or failure of the egg to implant. [12]

The Karolinska Institute in Sweden released a warning in 2011, stating:

If you think your heart races when surrounded by wireless networks or 3G or LTE cell phones, it may not be in your head. A study involving 69 subjects reported that many of them experienced a real physical response to electromagnetic frequencies. Exactly what was the physical response? Increased heart rate — similar to the heart rate of an individual under stress. [14]

This is extremely controversial but we can’t ignore that plenty of animal models indicate that exposure to electromagnetic radiation increases the risk of tumor development. While human studies are rare, reports and case studies abound. One such case involves a young 21-year-old woman who developed breast cancer. What makes this case unique was that her family did not have a predisposition to breast cancer… and she developed the tumor right on the spot she carried her cell phone in her bra. [15]

10. You Can Protect Yourself

Although mainstream outlets may ignore the proven dangers, especially in the US and Canada, researchers have identified several methods that can offer a level of defense. First off, reduced melatonin seems to correspond with exposure. Thus, increasing melatonin through supplementation may help offset some of the effects. [16] [17] [18] In animal tests, L-Carnitine provides antioxidant support for nutrients negatively affected by 2.4 GHz radiation. [19] [20]

Although melatonin and L-Carnitine offer a nutritional defense, they don’t block exposure. And that’s very hard to accomplish anyway. Look at coverage maps from cell phone companies, or notice how many Wi-Fi networks your smart phone prompts for you to join. We’re surrounded and bombarded by electromagnetic radiation. Blocking exposure is difficult but there are a few small steps you can take. For one, do not keep cell phones, laptops, and tablets close to your body. And if it’s not being used, shut them off (your wireless router too). There are also a number of devices available to counteract electromagnetic frequencies. Check out these ways to protect yourself from laptop radiation and cell phone radiation, too.

Have you experienced negative side effects of Wi-Fi? What measures have you taken to protect yourself and your family? Please leave a comment below and share your experience with us!

Please enter a valid email
By entering your email address you are agreeing to receive email communication from Global Healing Center. 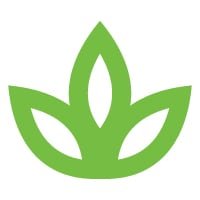