While there are no shortcuts to losing weight, there are a few things you can do to boost your metabolism. Exercising regularly and getting plenty of sleep are two of the best. However, there are also plenty of foods that speed metabolism, so adding them to your diet may give you the extra edge to lose more weight.

Below is a list of 11 foods that help speed up metabolism. Think of these foods as support mechanisms on your path towards fat loss, as any diet that keeps the pounds off requires sustained effort and exercise. 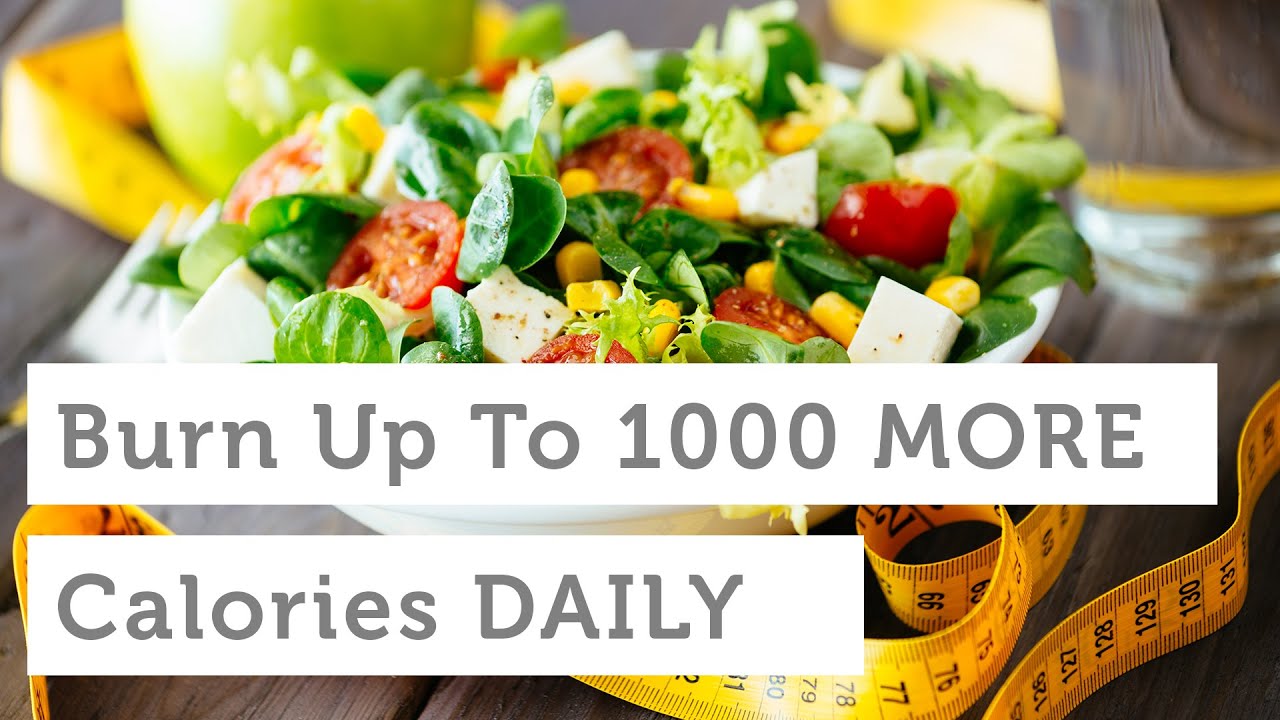 Foods That Speed Up Your Metabolism

11 Foods That Speed Up Your Metabolism

Jalapeno, habanero, cayenne, and other forms of spicy peppers directly boost metabolism and circulation. In fact, eating hot peppers not only speeds up your metabolism, but it also reduces cravings. This is related to its capsaicin content, a compound that stimulates the body's pain receptors, temporarily increasing blood circulation and metabolic rate. If you have ever experienced a bout of intense sweating after eating a particularly hot tamale, this shouldn't come as a surprise. Studies have shown that eating hot peppers can boost metabolism up to 25 percent, with the spike lasting for up to three hours.[1]

Whole grains are full of nutrients and complex carbohydrates that speed up metabolism by stabilizing insulin levels. Slow-release carbs, such as oatmeal, brown rice, and quinoa, offer long-lasting energy without the spikes associated with other sugar-rich foods. We want to keep our insulin levels low and balanced, as spikes tell the body that it needs to begin storing fat.

High in calcium (a known weight-reducer), broccoli is also extraordinarily high in vitamins A, C, and K. One serving of broccoli will provide you with plenty of folate and dietary fiber, plus a variety of antioxidants. Broccoli is also one of the best detox foods you can add to your diet.

One study on soup done at Penn State University found that the liquid goodness offered an appetite-reducing combination of liquids and solids that lowered intake of excess foods, speeding up the metabolism and burning fat. In the study, women chose one of three 270-calorie snacks before lunch.[2]

It is now a well-known fact, confirmed by multiple scientific studies, that green tea extract can significantly boost metabolism, as well as provide a variety of other health benefits. Green tea is delicious, and it's rich in antioxidants that actively fight harmful free radicals!

Studies show that these two fruits help boost metabolism and speed up weight loss. Research performed by the State University of Rio de Janeiro found that women who ate three small apples or pears per day lost more weight than women who did not.[3] Organic apples are one of the most widely available organic fruits, and pears aren't too hard to find either!

From cayenne to garlic to cinnamon, spices are one of the best ways you can keep your metabolic rates high. Especially speedy are the more pungent spices such as black pepper, mustard seeds, powdered onion and ginger.

Fruits like grapefruit have been shown to help us burn fat and keep our metabolism high. This could be related to the fruits' high amount of vitamin C, a helpful and healthful component that reduces insulin spikes.

A study done at the University of Tennessee found that people who consumed 1,200 to 1,300 milligrams of calcium a day lost almost double the amount of weight as those who were not getting enough calcium in their diet.[4] To help boost your metabolism, eat plenty of foods high in calcium. If you are unable to get enough of these foods, then you should consider taking a calcium supplement. There are many types of calcium and I recommend calcium orotate for maximum efficacy.

Eating foods that are high in omega-3 fatty acids is a great way to boost your metabolism. These acids reduce the production of a hormone called leptin, a natural chemical that lowers your metabolism. Studies done at the University of Wisconsin found that low leptin levels correlated with faster metabolic rates.[5]

A Mayo Clinic study found that people who followed a diet high in omega-3s had leptin levels up to five times lower than people whose diet wasn't high in omega-3s.[6] And you don't need to rely on fish for your omega-3 fatty acids, either. Other foods, including nuts, seeds, hemp oil, and flax seed oil are all naturally high in essential fatty acids.

While it's not exactly a food, it is a metabolism booster. A German study found that drinking water speeds up fat burning. It is also a natural appetite suppressant and detoxifier.[7]

Please enter a valid email
By entering your email address, you agree to receive email communication from Global Healing Center.

Other Ways to Boost Your Metabolism

There are a couple of other ways to maximize your metabolism. Avoid energy drinks, soft drinks, and processed foods. You may get a temporary energy boost from the sugar or caffeine, but you’ll crash hard soon after. On top of all that, you’ll also be stuck with several hundred extra empty calories to work off.

Your metabolism functions best when you treat your body well. Make sure to get plenty of sleep and reduce stress wherever possible. Cleanse your body regularly, especially your colon and liver and gallbladder, to rid yourself of toxins and improve your overall health.

If you’ve tried everything and still aren’t getting the metabolic burn you want, you can try supplementation. Supplements won't do it all, but, when combined with diet, rest, and exercise, they may give you that extra boost to maximize your results.