Due to high volume with shipping carriers, orders may experience a 2-3 day delay in delivery
Subscribe and Save 15% Off your First Order - Learn More
Nutrition  /  Foods  /  Nutrient Deficiencies
Updated Feb 12, 2016 Reviewed and Approved

Role of B12
Deficiency
Causes
Symptoms Vitamin B12, also known as cobalamin, is one of eight water-soluble vitamins collectively known as the B-complex. As an essential nutrient, B12 must be consumed since your body does not make it. If you struggle with fatigue or are down in the dumps, you might wonder whether they are symptoms of vitamin B12 deficiency. Recent research indicates that B12 deficiency is more common than previously thought — up to 40 percent of the U.S. population.

Vitamin B12 is structurally one of the largest and most complex of all the vitamins that have been discovered and a surge of research is coming to the forefront displaying its awesome power in human health. Because you can only obtain B12 from animal foods[1], supplementation is ideal.

Role of Vitamin B12 in Human Health

Vitamin B12 is integral to normal, healthy energy metabolism in all cells of the body, as well as amino acid and fatty acid metabolism. B12 is also extremely important in a myriad of other vital physiological processes such as brain function, nervous system health, production of the myelin sheath (nerve insulation), red blood cell formation, bone marrow health, and DNA synthesis/regulation.

A unique nutrient, vitamin B12 isn't produced by plants, animals, or even fungi. Instead, this essential vitamin is produced only by certain bacteria that happen to live inside of animals; the cobalamin binds to animal muscle tissue and organs. While bacteria in the human gut produce a small amount, it gets excreted rather than utilized. The Recommended Daily Allowance (RDA) as set by Food and Nutrition Board of the Institute of Medicine, established the minimum daily requirement as 2 to 3 micrograms/mcg (a microgram is one millionth of one gram) per day.[2]

Research demonstrates that intrinsic factor — a glycoprotein that enables B12 from food to survive the acidic stomach — only allows upwards of 1.5 mcg of B12 absorption in a given meal. Keep this in mind when planning your daily meals, and consider quality B12 supplementation on a daily basis to ensure adequate intake. Look for products containing methylcobalamin and adenosylcobalamin for best results.

There is no upper limit on Vitamin B12 and even extremely high doses of B12 have been shown to be safe with virtually no side effects. As a water-soluble vitamin, excess gets excreted daily in your urine.

Vitamin B12 is obtained from food and supplements. In a healthy adult, the body can store 2 to 5 milligrams, in large part because of the efficient use and recycling of B12 by the liver. Over 50 percent of total body reserves are stored in the liver.[3] This is one of the main reasons why a B-12 deficiency doesn’t show up until years after poor intake.

According to research by the United States Department of Agriculture (USDA) nearly 40 percent of people may have low-normal levels, at which neurological symptoms may appear.[4] The study found that nine percent were clinically deficient, 16 percent were borderline. Even people in the low-normal group may start to see some mild deficiency symptoms, according to the researchers. The good news was that supplementation raised levels.

Common blood tests measure vitamin B12 in ng/L (nanograms per liter of blood) and can be ordered by healthcare providers or online via specialty mail-orde companies. Vitamin B12 blood range values include:[4]

In older adults, levels between 200 and 500 ng/mL may also produce vitamin B12 deficiency symptoms.[5]

Everyone should consider blood testing for B12 to ensure that your levels are sufficient for optimal overall health, particularly healthy brain and nervous system function. Although more medical doctors are becoming aware of B-12's importance and are beginning to test their patients for this crucial vitamin, it's not something that is widely practiced — yet.

Depending on test results and possible symptoms, other simple follow-up blood tests which indirectly test for B12 status may be suggested, including homocysteine and methylmalonic acid (MMA).[6]

Researchers have discovered that B12 deficiency generally occurs in four distinct stages:

Functional B12 imbalance characterized by increased blood level of homocysteine/MMA and a decreased rate of DNA synthesis.

Clinical signs and symptoms of B12 deficiency, like macrocytic anemia, peripheral neuropathy, and neurological disorders, may present themselves at this stage. Some researchers suggest that diseases attributed to “old age,” such as cognitive decline, memory loss, and changes in mobility and balance are sometimes synonymous with vitamin B12 deficiency.

In the case of neurological symptoms, cumulative damage due to long-standing deficiency may be irreversible. This impresses the importance of early diagnosis and ensuring adequate blood levels.

Causes of Vitamin B12 Deficiency

Knowing some of the primary causes of B12 deficiency can help inform us on how to best prevent or avoid deficiencies. A few are:

Vitamin B12 can only be consumed through animal foods and supplements.

Children also are at high risk of B12 deficiency due to inadequate dietary consumption and lower bodily reserves. Gastritis, stomach abnormalities, stomach surgeries, or hereditary traits may cause impaired absorption.

Sufficient stomach acid (HCl) is essential, independent of intrinsic factor secretion, for cleaving or separating B12 from carrier proteins in food. This is thought to be a major cause of deficiency in the elderly, who often have low stomach acid.

Other causes of B12 deficiency include:

Signs & Symptoms of Vitamin B12 Deficiency 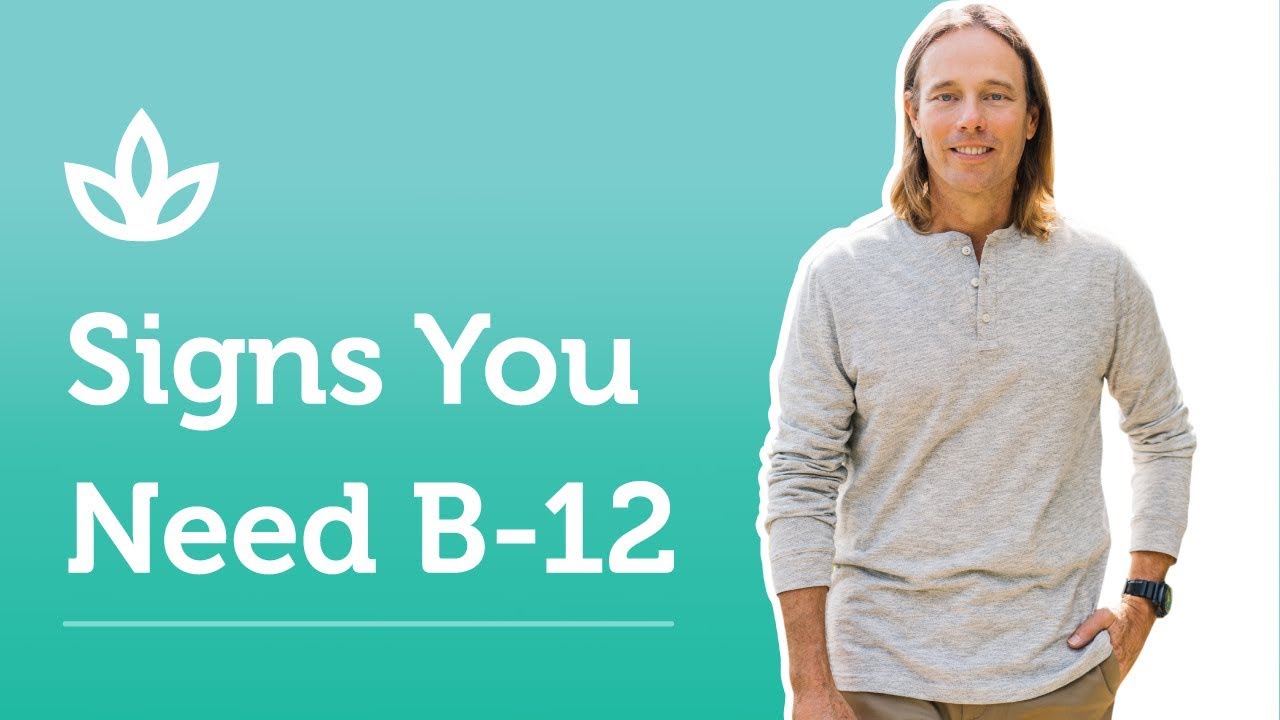 Signs of B12 Deficiency

Knowing some of the common signs and symptoms, mild and severe, of B12 deficiency can help inform us on how to best prevent or avoid it. Since it can take years to manifest a clinical deficiency as measured by blood testing, it's important to note that signs can remain silent for some time as bodily B12 levels are slowly depleted. A few that you may or may not notice outwardly include:

Vitamin B12 is so vital and important in brain and nervous system function, that the damage from deficiency is permanent and irreversible. Daily supplementation ensures you get a vitamin B12 intake that exceeds the minuscule daily requirements as set by the government and scientific health bodies.

Finding a quality B12 supplement can prove especially challenging for those following a plant-based diet, as most B12 supplements are actually derived from animal sources. That’s why I created B12 Blend, a completely vegan blend of methylcobalamin and adenosylcobalamin, the two most bioactive forms of the vitamin. B12 Blend is not only vegan, but it’s also gluten-free, GMO-free, and Kosher, so that it can be safely used by almost everybody.