Due to high volume with shipping carriers, orders may experience a 2-3 day delay in delivery
The Healthiest Sale of the Year Starts Soon — Learn More!
Nutrition  /  Plants for Health  /  Spices
Updated Dec 3, 2015 Cayenne pepper is a hot chili pepper named from the Cayenne region of French Guiana. Whether to complete cajun food or to add some heat to vegetarian chili, cayenne pepper is one of my favorite peppers for spicing up a dish. The heat is from a phytochemical known as capsaicin. More than just a catalyst for a four alarm fire in your mouth, capsaicin has undergone quite a bit of laboratory and clinical testing to determine its benefits – as well as a few caveats. The next ten facts about cayenne pepper might surprise you!

Over 90 trials have been performed to evaluate the capsaicin in cayenne to determine its effectiveness as a weight loss aid. Such studies have made three consistent conclusions: capsaicin increases energy use. It reduces appetite. It helps break down fats. All combined, after 12 to 24 months of daily consumption, it may offer considerable support to weight loss efforts. [1] A recent 2013 study confirms that eating foods like cayenne regularly can help burn fat. Not immediately and not fast, but slowly and consistently. [2] This means that cayenne can help, but it won't do the work for you. Keep your diet in check, exercise, and let cayenne be an extra catalyst along the way.

2. Too Much Can Get Your Heart Moving

Don’t get the idea that loading up on cayenne is a completely great idea though. Case studies have shown overconsumption of capsaicin-rich foods can lead to dangerous, and even critically high blood pressure. One such example occurred in a young 19 year-old who had over eaten these hot peppers. The result was a fast rise in blood pressure and a hospital visit. [3]

As long as we’re discussing cayenne's lesser points, here’s another: the acidity of hot peppers like cayenne could erode the enamel of teeth with enough, frequent consumption. Although the study focused on Indian dishes featuring hot chili peppers, the chemicals which can cause this damage are similar to those in cayenne. [4] There is good news for fans of cayenne, and other peppers; cooking reduces the acidity. And, as long as you're not continuously munching away, cayenne peppers are probably not going to be the source of your dental troubles.

Maintaining blood sugar is a concern for many, especially when carbohydrates and processed sugars are consumed. However, a recent study suggests that adding a little spice might help stabilize blood sugar. Individuals who consumed the active substance in hot peppers, capsaicin, had lower blood sugar levels than those who did not. Eating the peppers also promoted healthy insulin levels. [5]

While it may not get a lot of press, researchers have taken a special interest in many natural, plant-based chemicals. The capsaicin in cayenne is one of those chemicals. A recent lab study determined capsaicin disrupted the mechanisms of colorectal cancer cell formation and growth. [6] It's premature to call cayenne a cure for cancer but it's encouraging news just the same.

6. May Offer Protection Against Inflammation

Another study examined how a specific type of human cancer cell, the KB cancer cell, responded to capsaicin exposure. They found cancer cell development and even cell death followed when treated with the chemical that gives the cayenne its heat. [7] This study, along with others like it, suggest it has tremendous benefits for nutritional support to support good health.

How can a little pepper that burns relieve pain? Believe it or not, research suggests it can. One case study detailed how a middle-aged woman suffering from neuralgia found relief after daily chewing of hot peppers –- surgery and previous efforts had failed. [8] A randomized, double-blind study of individuals suffering from chronic soft tissue discomfort experienced significant elevations in comfort when they used a topical capsaicin ointment. [9] Another topical application featuring capsaicin was tested on children recovering from surgery. This double-blind study reported a reduced need for opioid pain killers during the recovery process. [10]

8. May Offer Support for IBS

While cayenne may seem a counter-intuitive measure for bowel discomfort, capsaicin appears to desensitize the nerve fibers in the intestine, helping to relieve the indications of IBS. One placebo controlled study explored the effect of hot pepper powder on patients suffering from bloating and abdominal pain. The results from those taking the hot pepper powder reported a significant improvement in symptoms when compared to their status before the study and the status of the placebo group. [11]

Rhinitis, or irritation of the nose membrane, can cause congestion, sinus pressure and headaches. A study tested the effectiveness of a capsaicin-based nasal spray against placebo for non-allergy related rhinitis. Patients using the capsaicin spray reported improvement in congestion and sinus discomfort in less than a minute – without any adverse side effects. [12]

While eating too many cayenne could spike blood pressure, the same hot peppers, when eaten in moderation, have demonstrated a normalizing effect on heart rate in men. A four week trial of men and women using chili supplementation, primarily cayenne, explored the impact on heart and blood flow. Of all the test subjects, men showed a lower resting heart rate after the period of chili consumption versus the period without. [13] No other specific cardiovascular benefits were reported, but neither were any negative side effects.

Do you use cayenne peppers to support your health? What do you do and what benefits have you experienced? Please weigh in and share your experience! 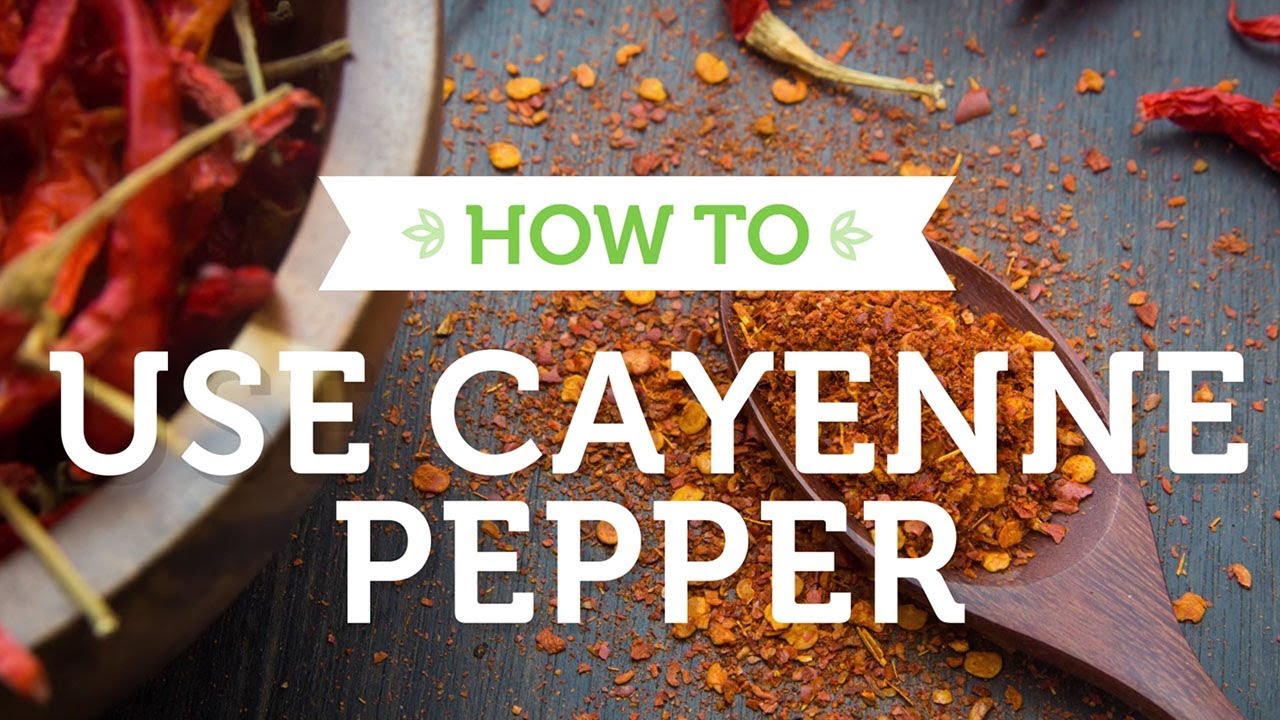 How to Use Cayenne Pepper